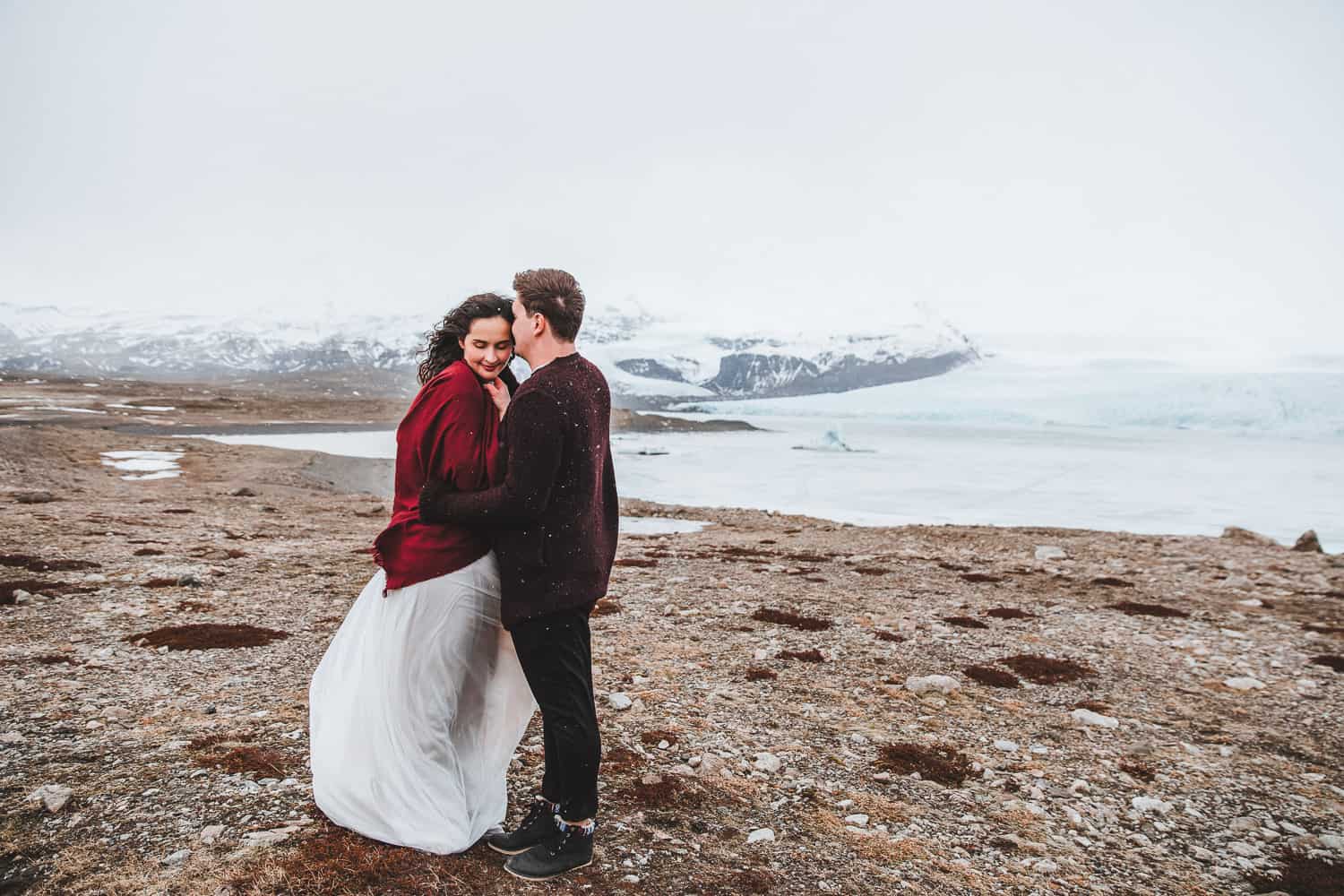 THIS IS THE STORY OF AN AMAZING ELOPEMENT IN ICELAND: A teacher and a computer programmer met at a dinner party one common friend hosted. A usual French gathering with aperitifs and wine. Lucy was supposed to attend the party with her roommate, but she had a last-minute meeting at work and could not make it.

Since Lucy confirmed her attendance, she had to go by herself,

and what started as a lonely evening would soon be a night to remember.

Ross was a computer programmer, and he was a childhood friend of the host. It was a Friday night, and he had no better plans, so a dinner party sounded ok. Ross knew many of the party attendants, but he grew apart from his friend in recent years, and Lucy was a new face.

The host introduced them and talked about how Lucy started as a new school teacher next week. Lucy explained she was a bit nervous because the location was far from home.

She needed to adjust her schedule to accommodate to this new life.

Ross asked her for the school location, and it turned out to be a couple of blocks away from his office. The conversation began, and the night unfolded. By the end of the dinner, as they enjoyed a cup of coffee, Ross gathered courage and told Lucy that he would love to have lunch with her

since they would work in the same area.

Lucy was hesitant; she was already nervous about starting a new job and, on top of that, a date? But he was so relaxed and felt so familiar, she agreed, and they met for lunch a week later. A friendship started, and they would share lunch almost every day. He showed her all the hidden gems around the neighborhood. When they got bored eating out, he offered his home and a homecooked dinner to what Lucy agreed.

Their love story was only starting. Little did they knew two years after Ross would propose, and Lucy would say yes. A French couple, a teacher, and a programmer, it all pointed out to a traditional wedding, right? To everyone surprise, Lucy and Ross had bigger plans. 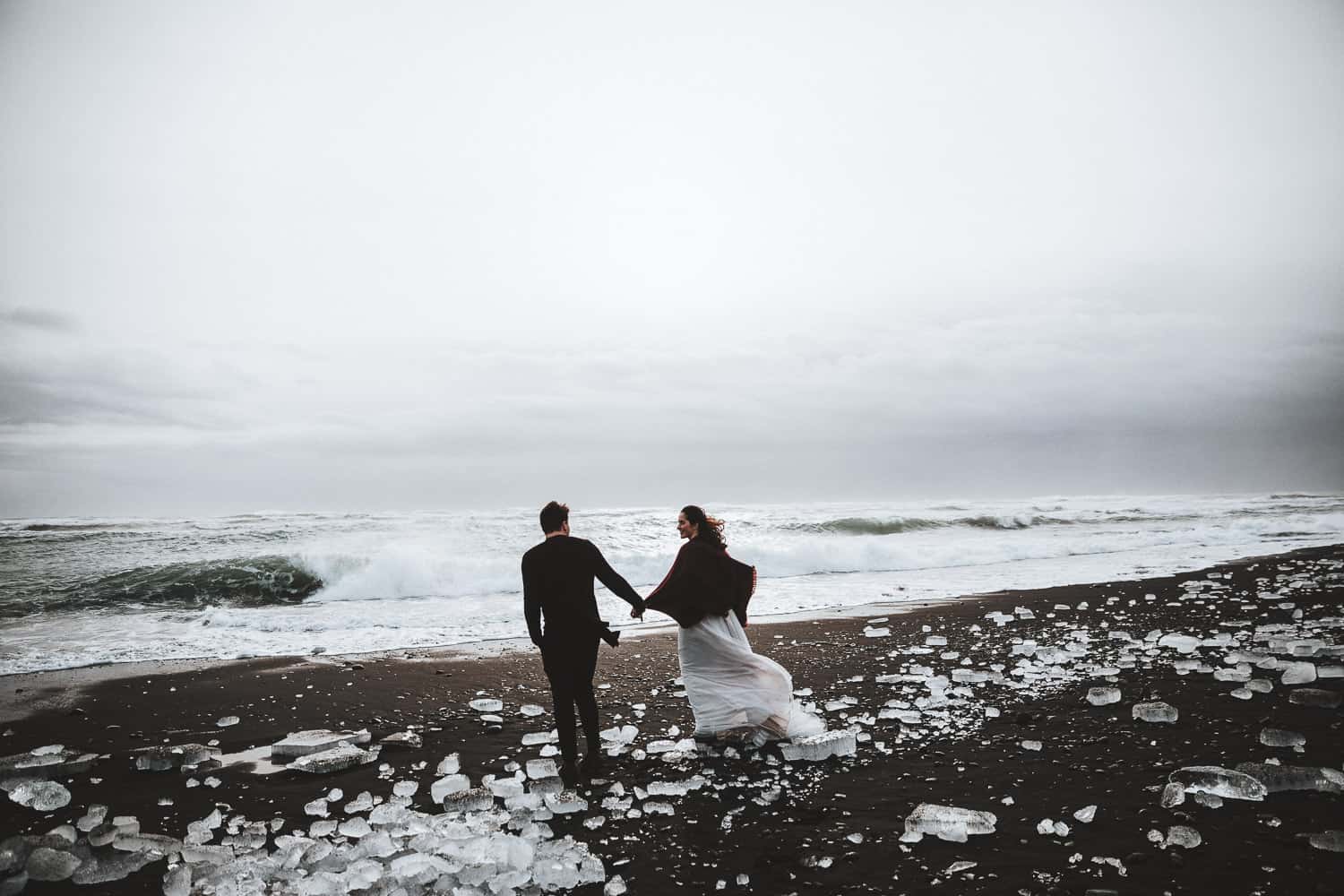 Iceland, yes, Iceland, the European island located right below the Arctic Circle. The ideal setting for a winter getaway. Ross and Lucy had talked about going to Iceland but never set a date. When the engagement was a reality, neither of them felt like organizing a traditional wedding. They love simplicity.

When the conversation started about wedding plans, they knew it was the right moment to visit Iceland. They decided PLAN THEIR elopeMENT IN ICELAND without friends and family, and I received an invitation to enjoy the freezing temperatures and warm love at the beginning of the year,

which I gladly accepted, of course. 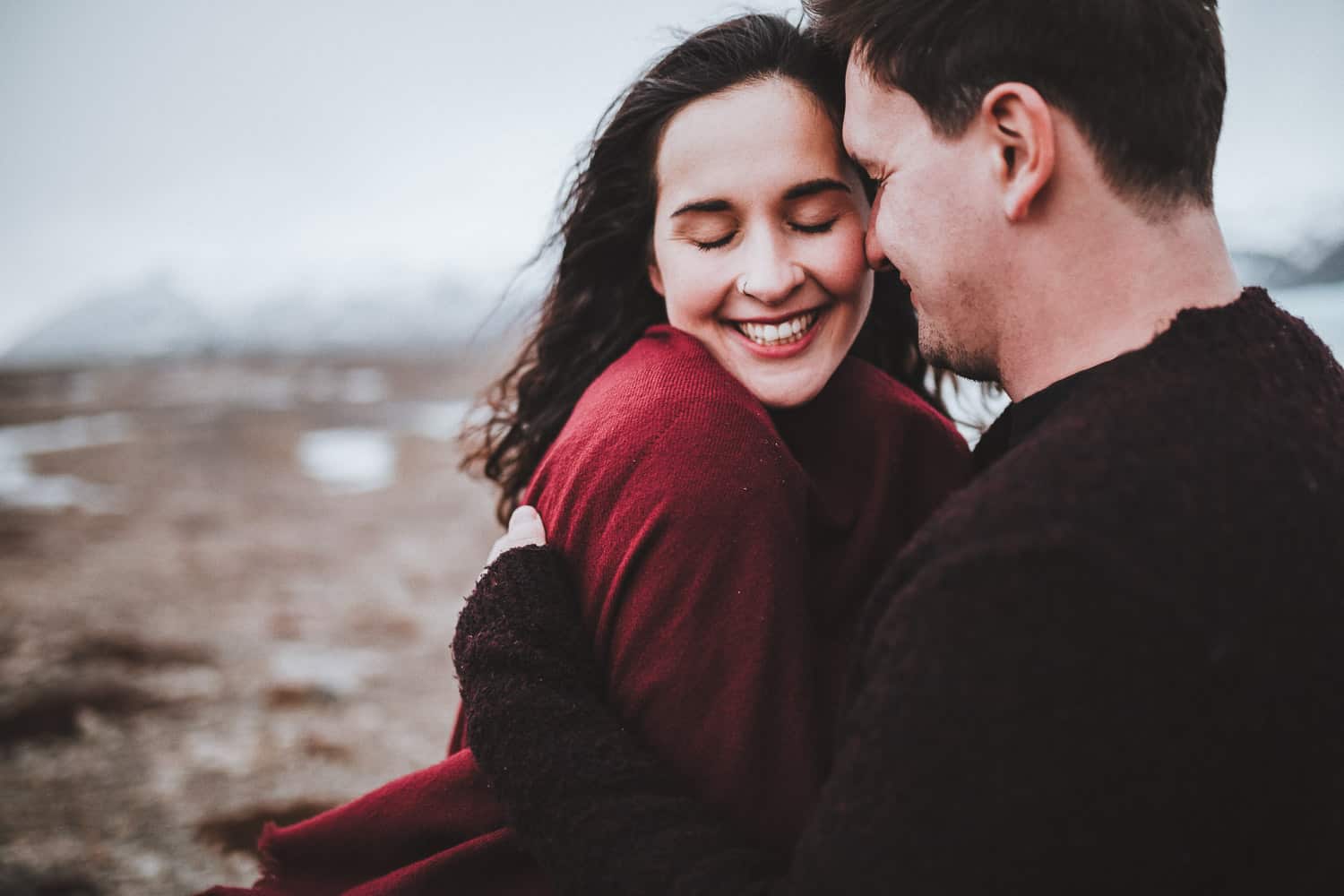 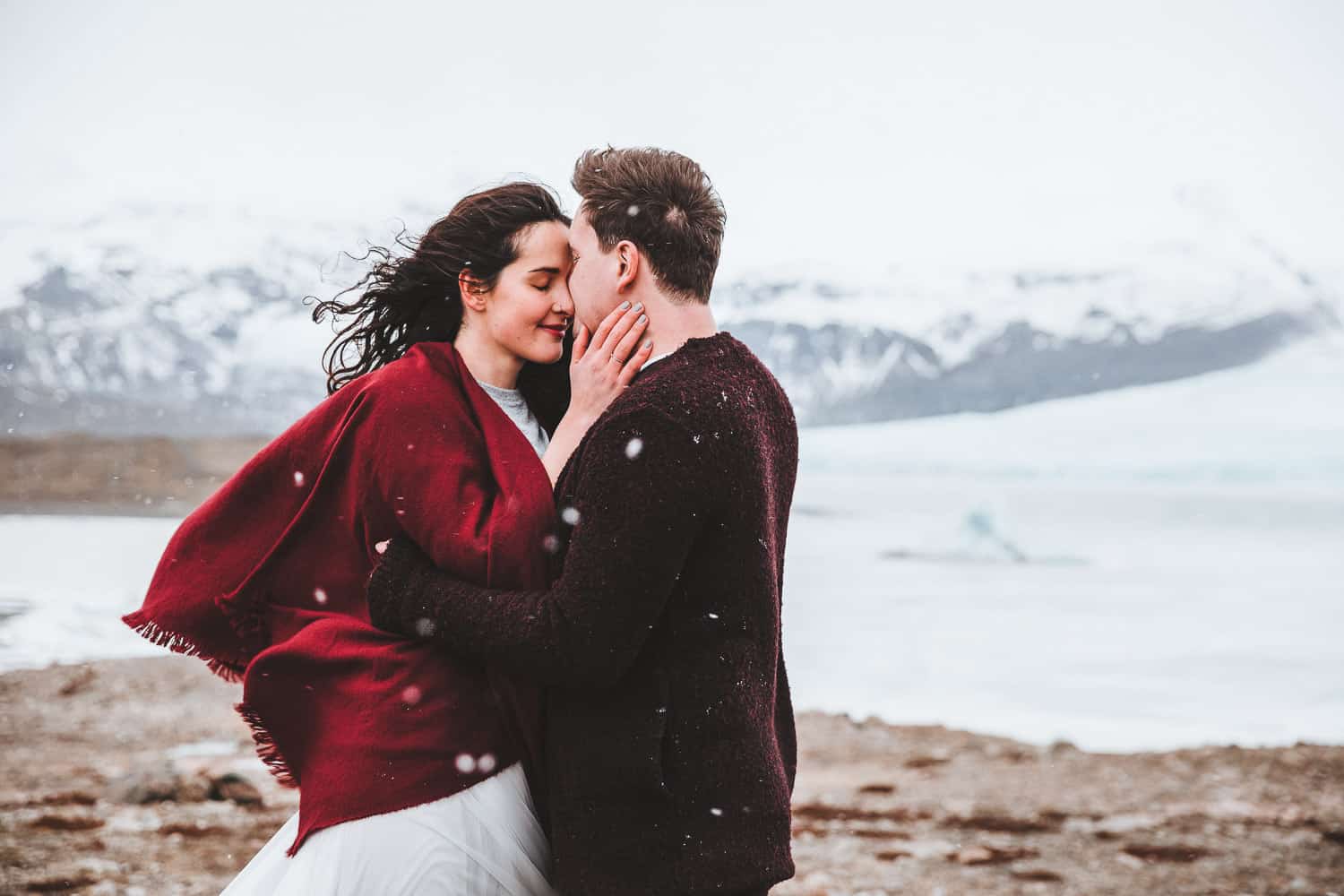 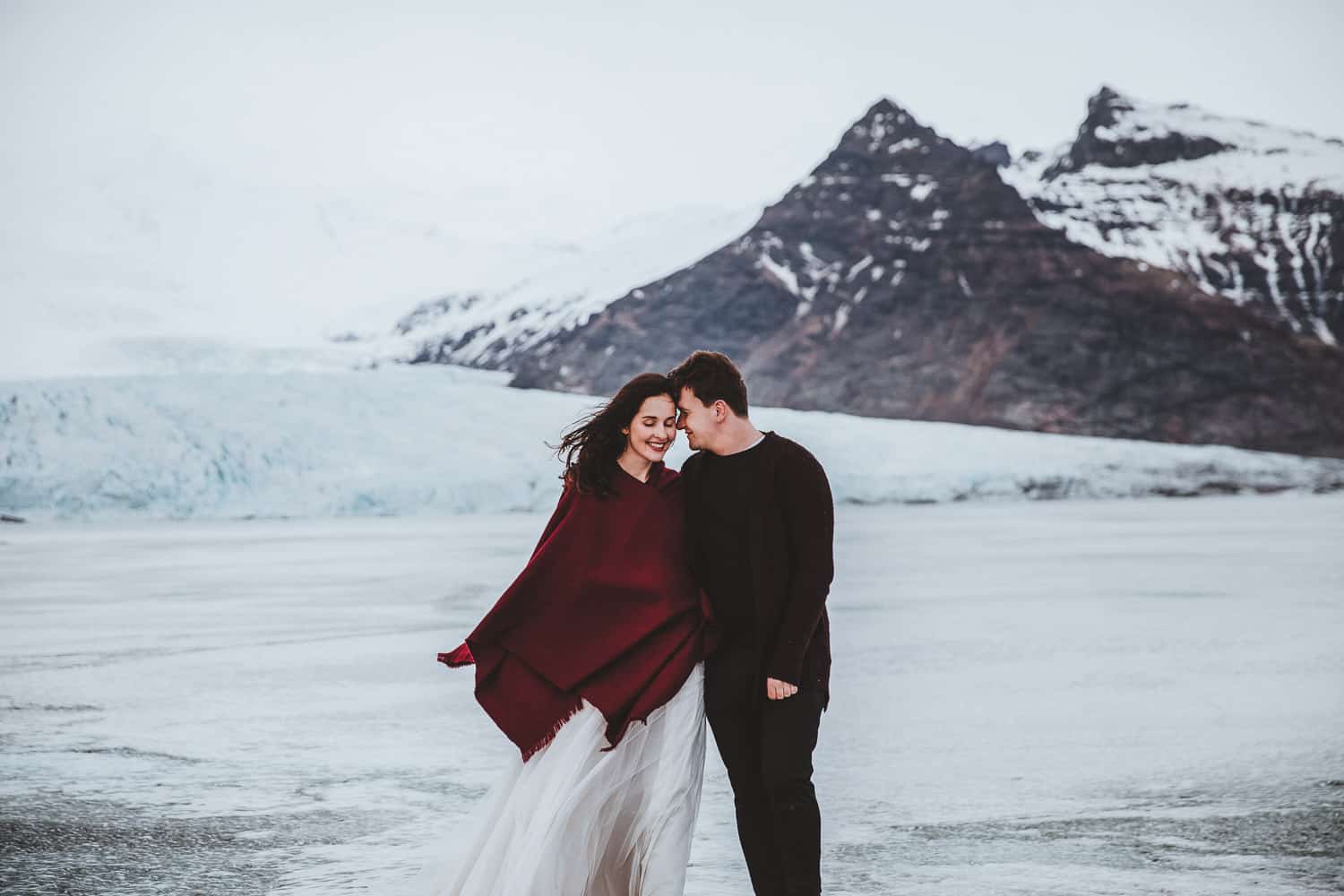 Right at the beginning, Lucy and Ross told me they wanted to elope as soon as possible, so time was ticking. They are a relaxed couple that wanted to go for an adventure without the need for glamour: no floral arrangements, fancy dinner, or elegant accommodation. Just pure love and a moment shared between them.

They had a clear idea about where to go, Diamond Beach and Reynisfjara Beach, both located at the southern end of the island. Since they are popular due to the area's rareness, accessibility was not an issue, a parking lot is near both of them, and accommodation was not a problem either. 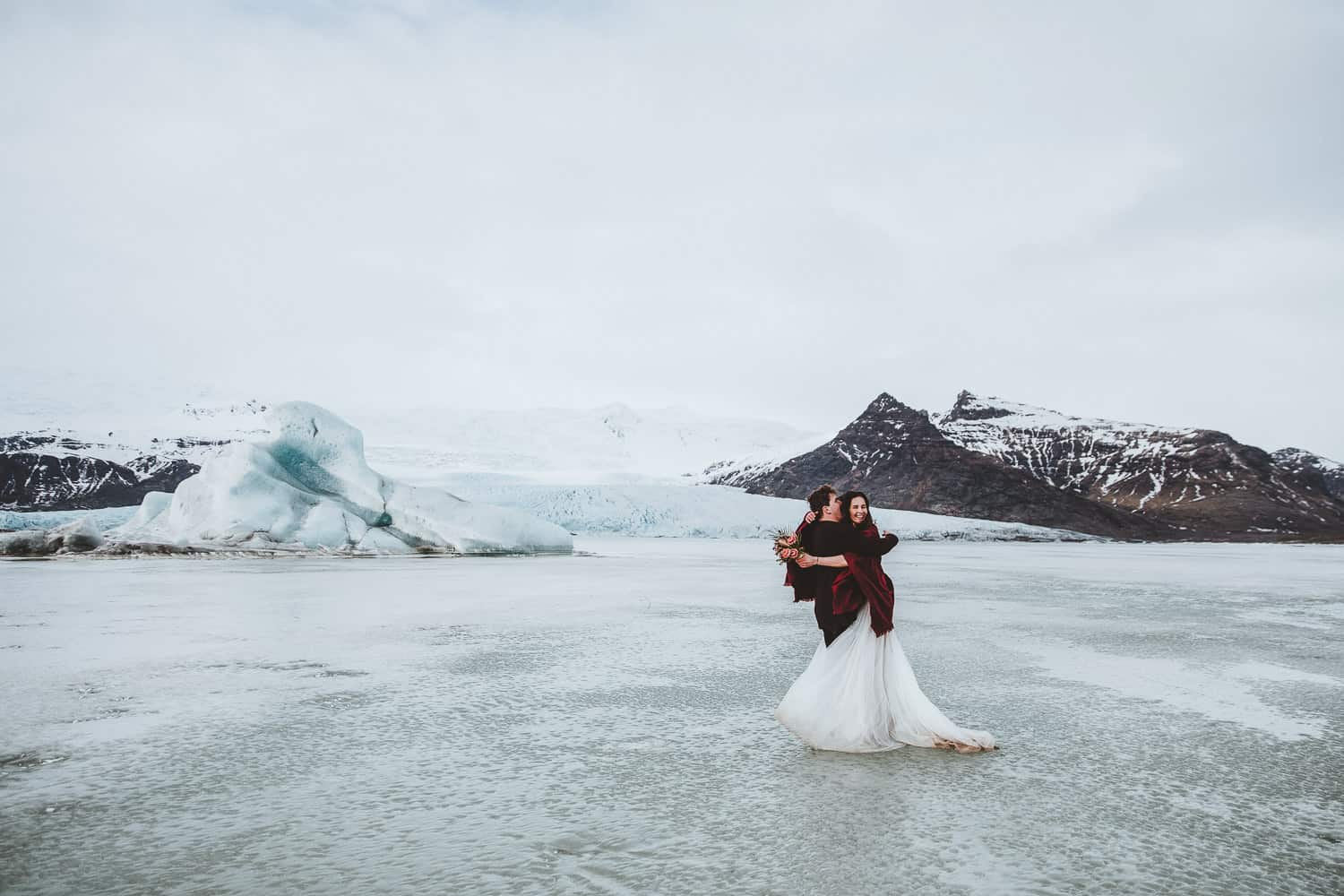 We needed to set a date. Considering the many weather factors intervening on an outdoor elopement so close to the artic, caution was necessary. A couple of backup plans in case the weather was not on our side. April was the ideal month for them since Lucy had a couple of weeks off for the spring holidays.

That left us with three months to plan it all. Still, since they were such a good and laid-back couple, the planning was zero stressful, Lucy knew how her wedding dress would be, and she bought it the same day she went to try it on. He said that suits were too uncomfortable. He had his outfit figured out already. 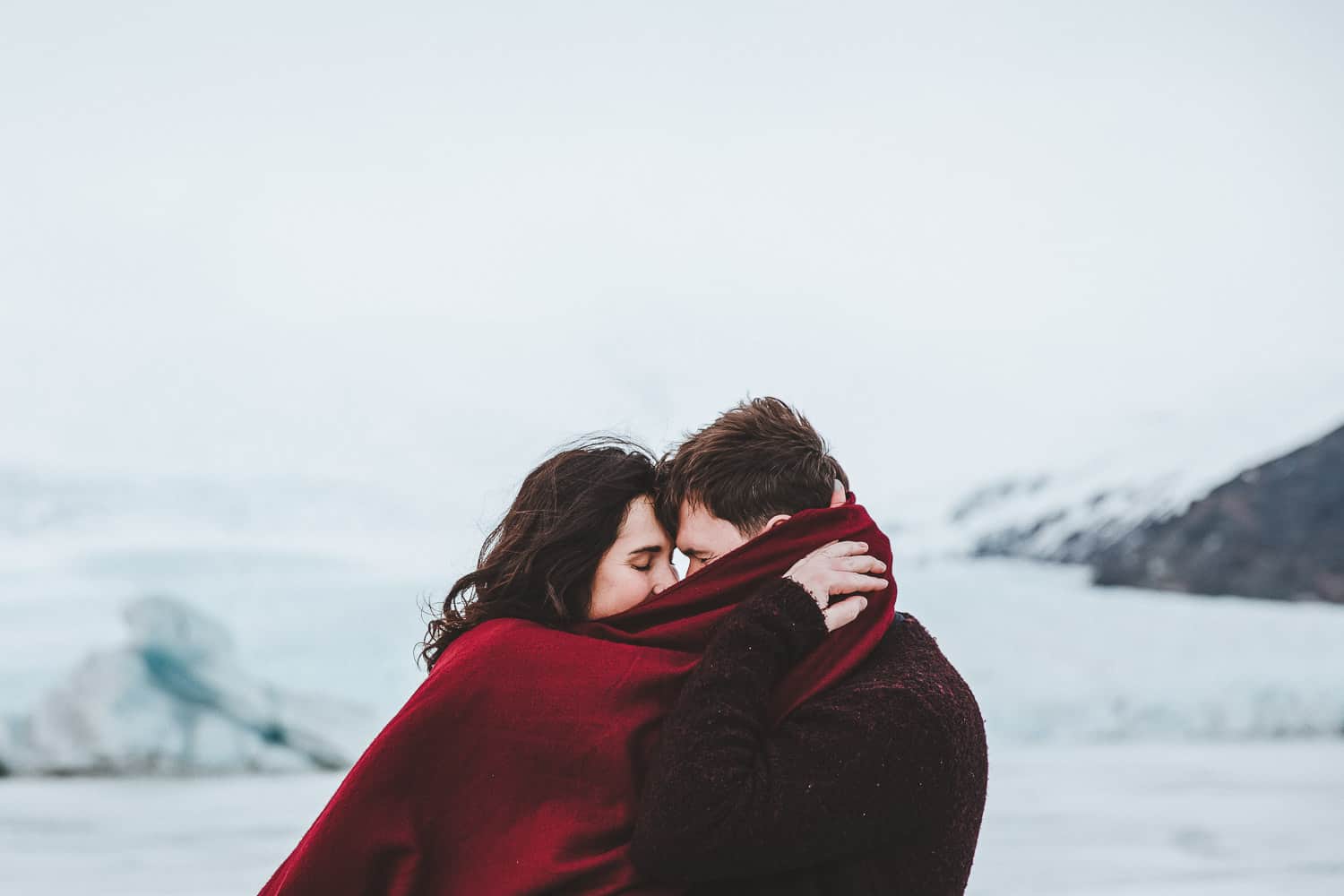 I bought my tickets, booked my hotel, rented a car, and flew on a whole new adventure. The weather during April is not as harsh as you imagine. They range between 30°F and 45°F, rain and snow are usual during this month, but we were actually hoping to get some snow. And the best part of all, at least for me as a photographer, was the many hours of daylight. April has from thirteen

to sixteen hours of daylight! What a dream.

The day of the wedding came in quickly. We head straight to Diamond Beach since it is a tourist favorite due to the large chunks of crystal-clear ice in the back sand. We wanted to start there

and get awesome pictures without crowds. 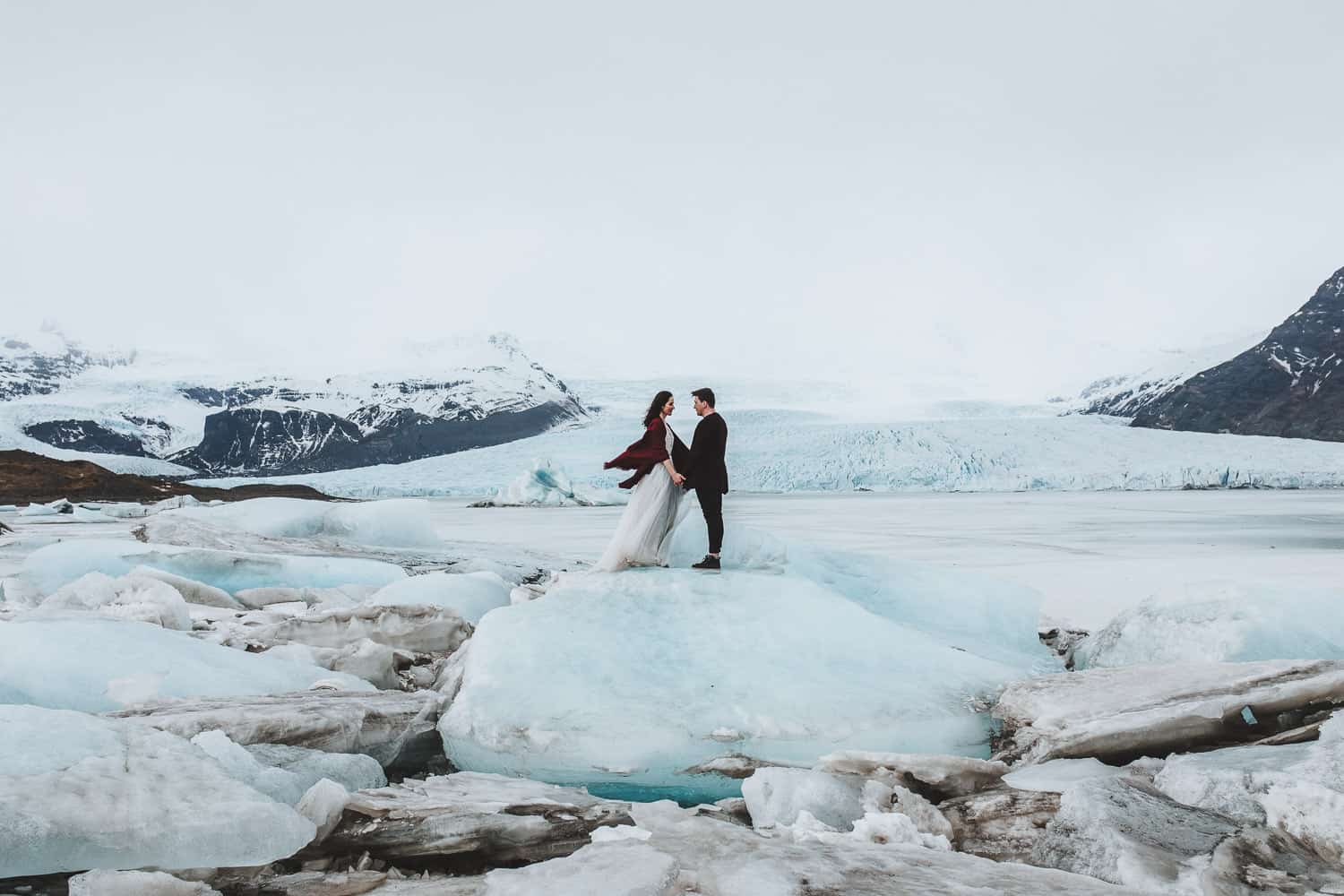 Right behind Diamond Beach, the Jökulsárlón glacier lagoon stands with its massive icebergs, a dream come true to any winter lover. The contrast between black sand and white pieces of ice creates a magnificent setting. The weather was kind to us, a bit windy but mostly calmed, with some snowflakes and drops here and there, but nothing could stop us.

We took a two-hour road trip to our next location, Reynisfjara Beach. Since Iceland is in the middle of two major tectonic plates, volcanic activity has shaped the island's natural scenery. The black sand beach is a result of such activity. Lucy white dress stood out and looked amazing in each shoot.

But nature had more surprises for us. Gardar, a cliff of basalt columns, stands majestically and provides the most unique backdrop for an elopement. Hálsanefshellir cave at the bottom of Gardar was the setting of my favorite picture of Lucy and Ross elopement, the way they held in complete harmony as if they were made to perfectly fit each other's arms. 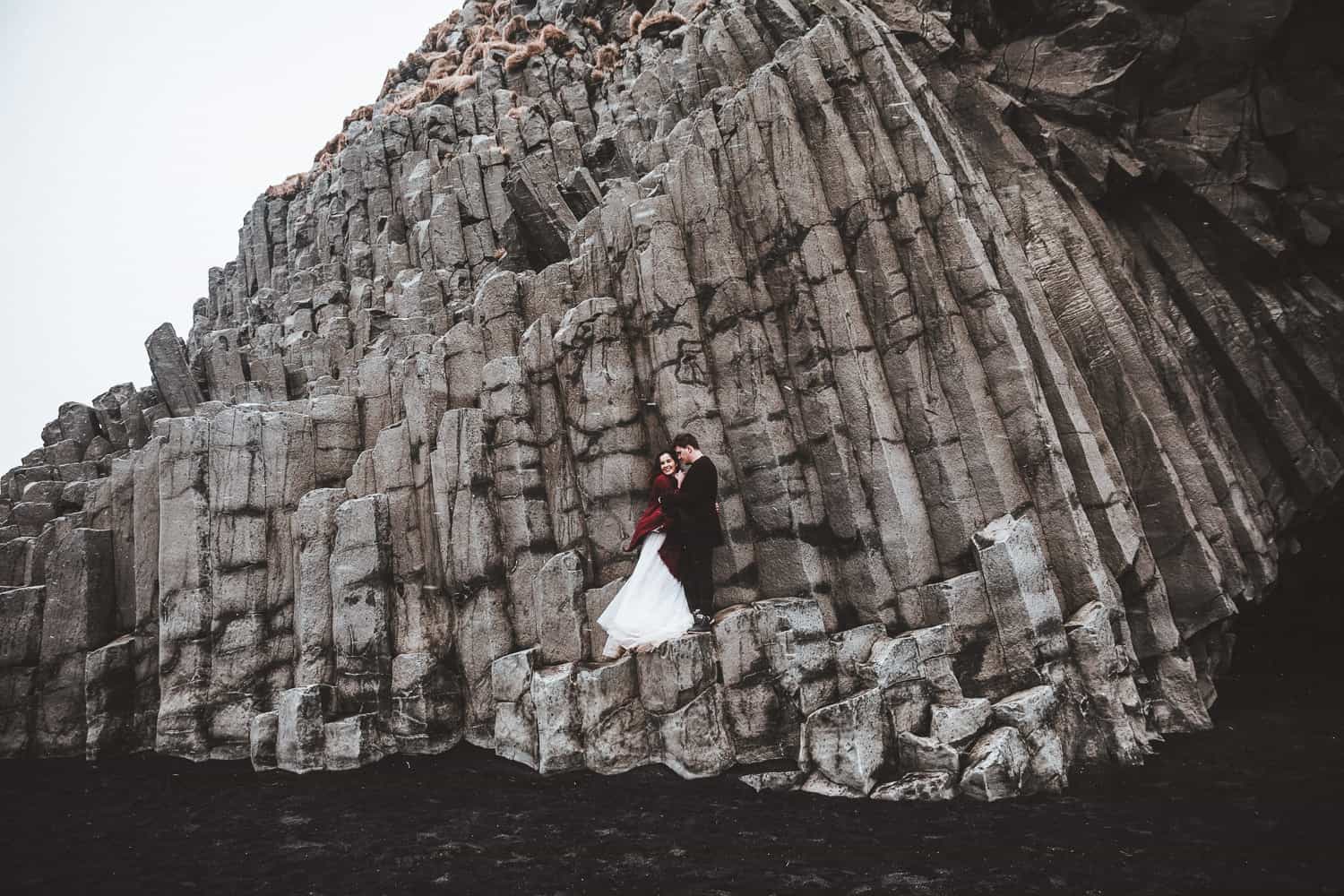 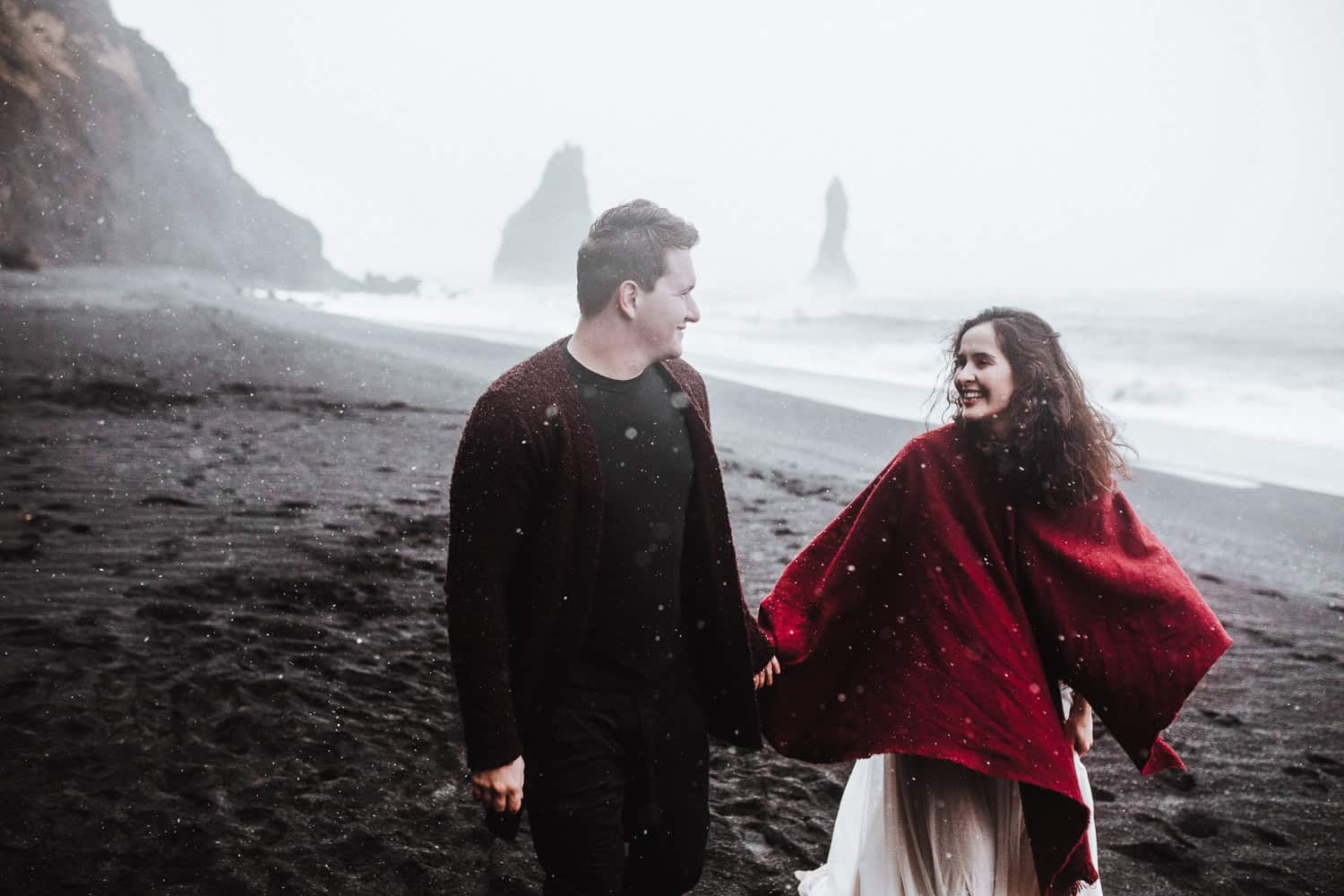 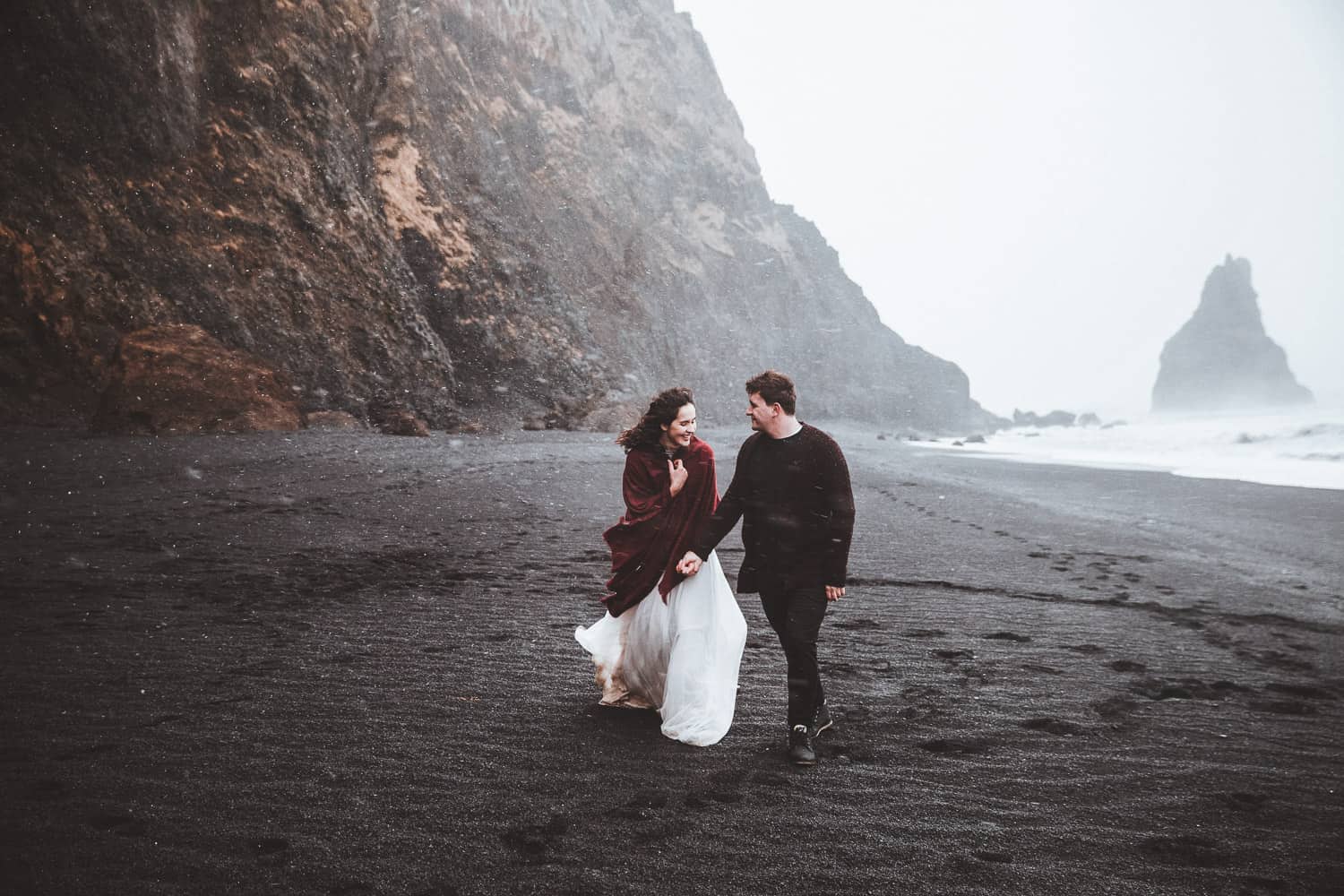 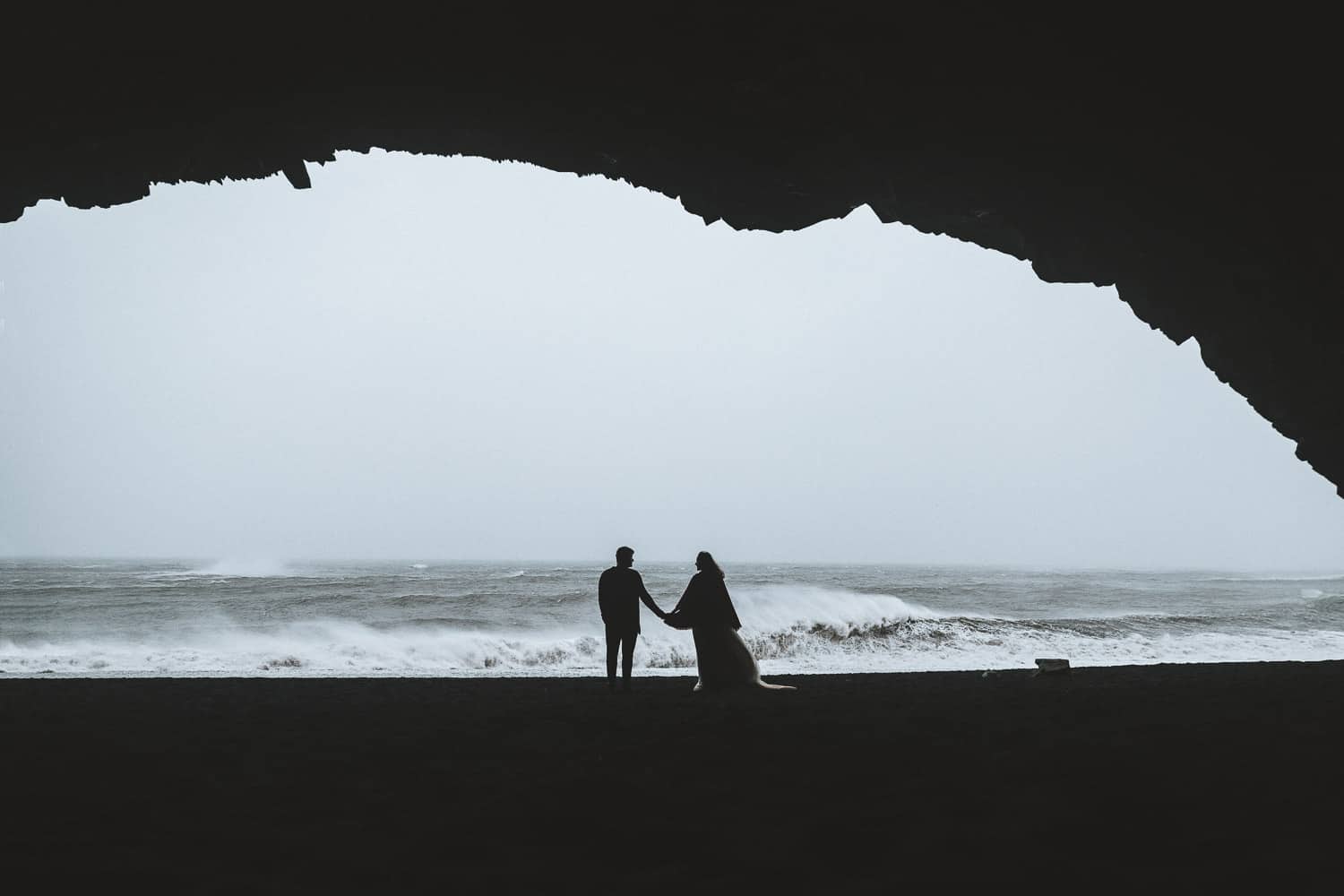 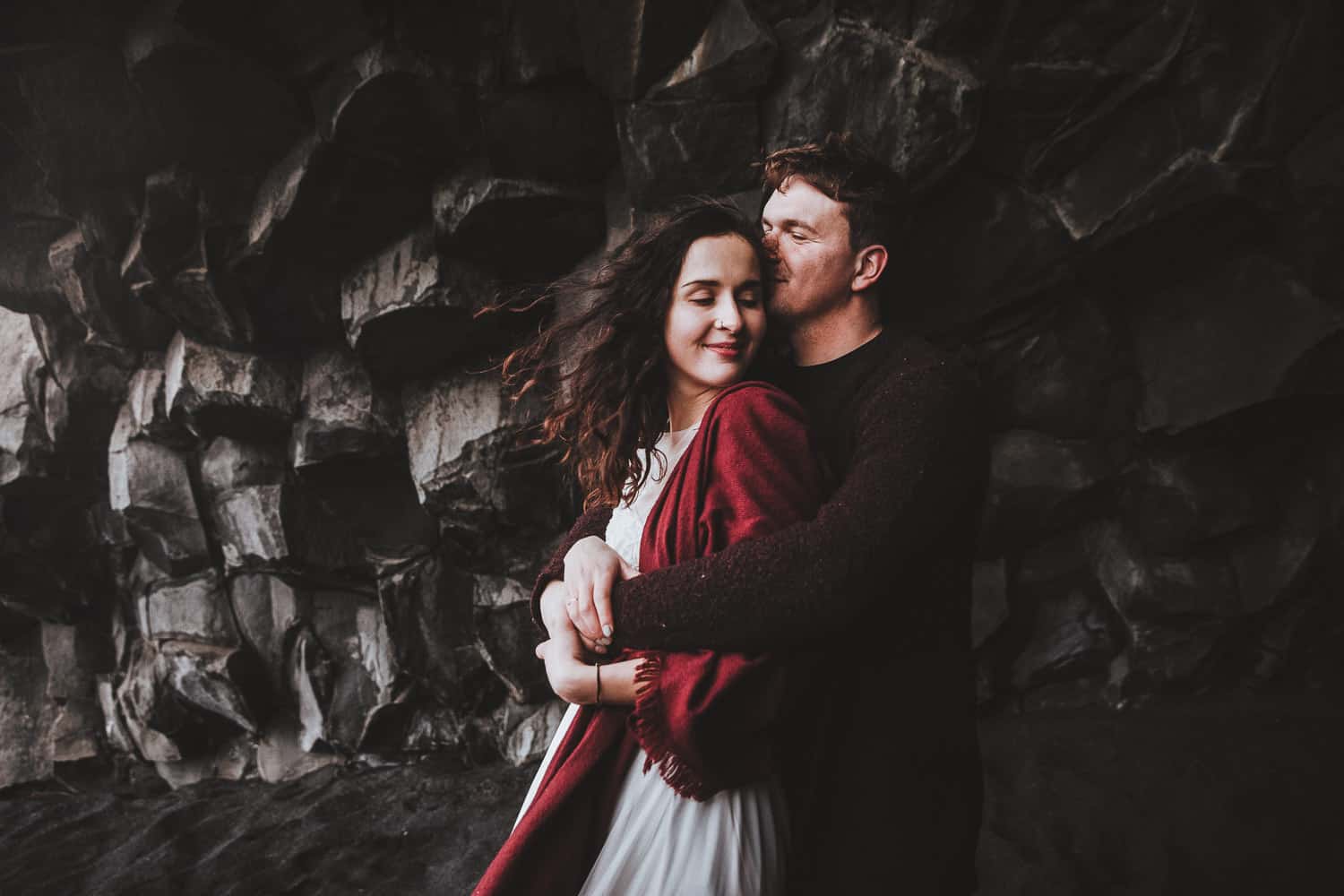 BE SURE TO CHECK THESE ELOPING PLANNING RESOURCES AND TIPS: 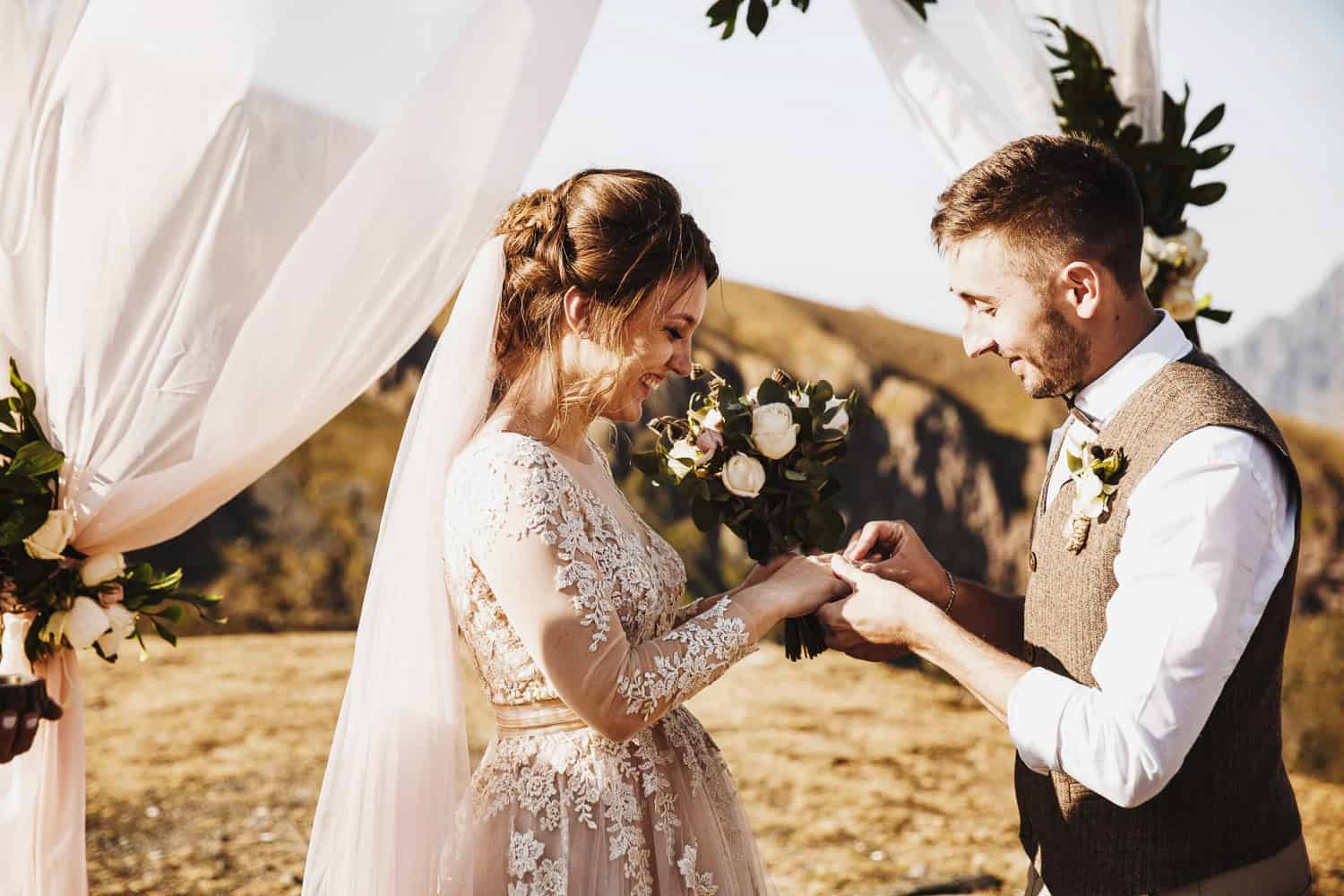 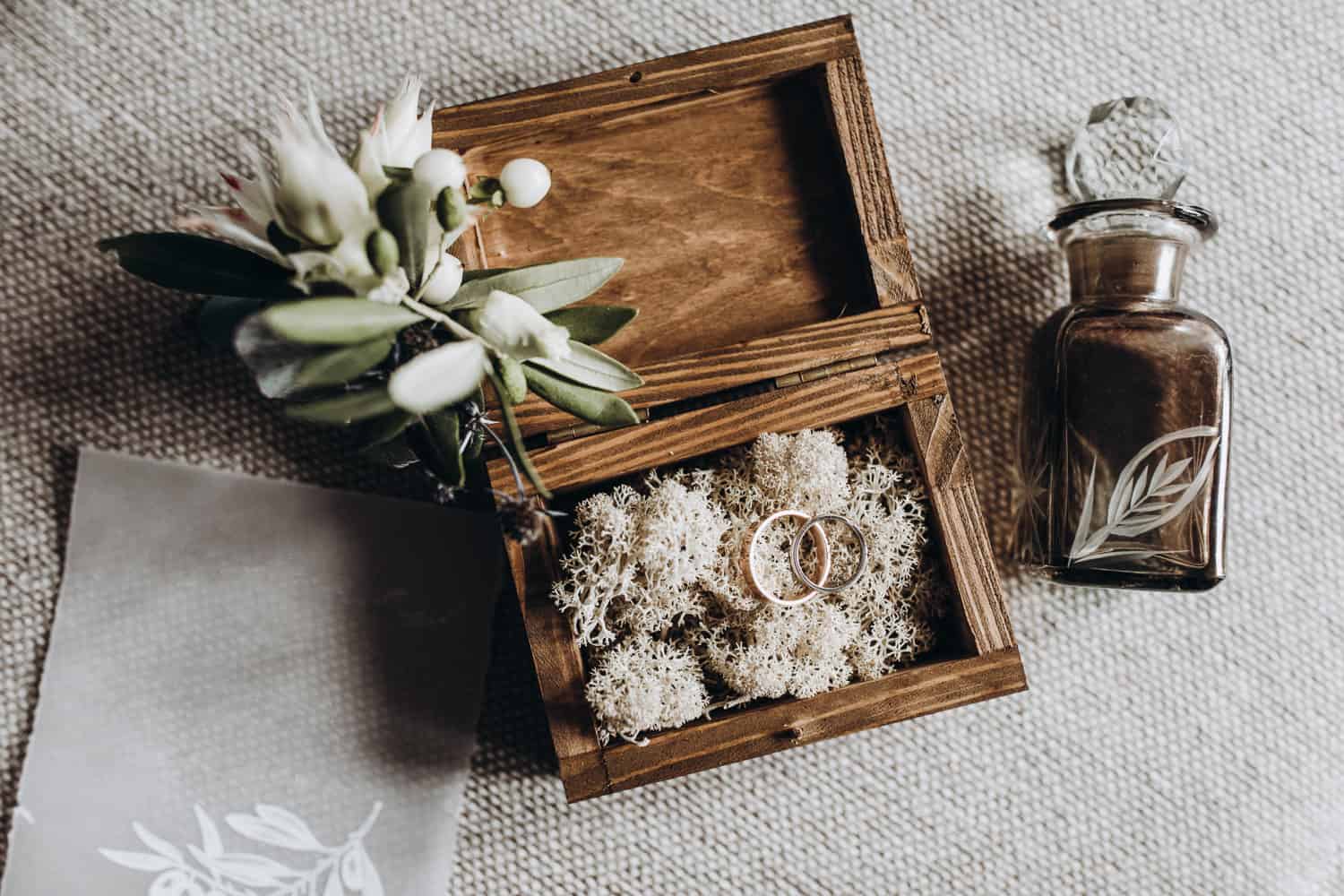 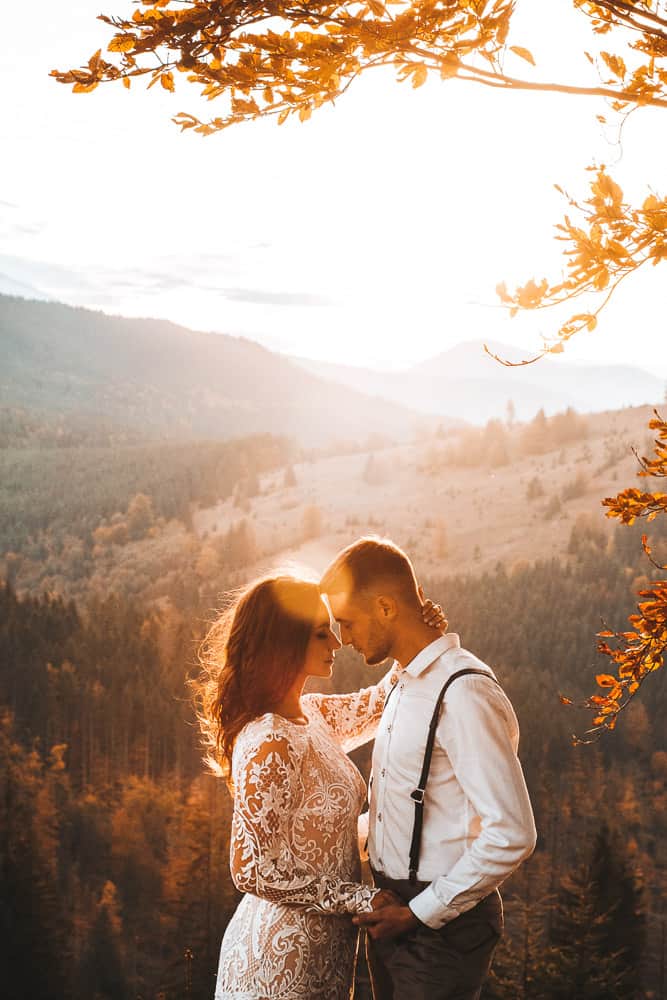 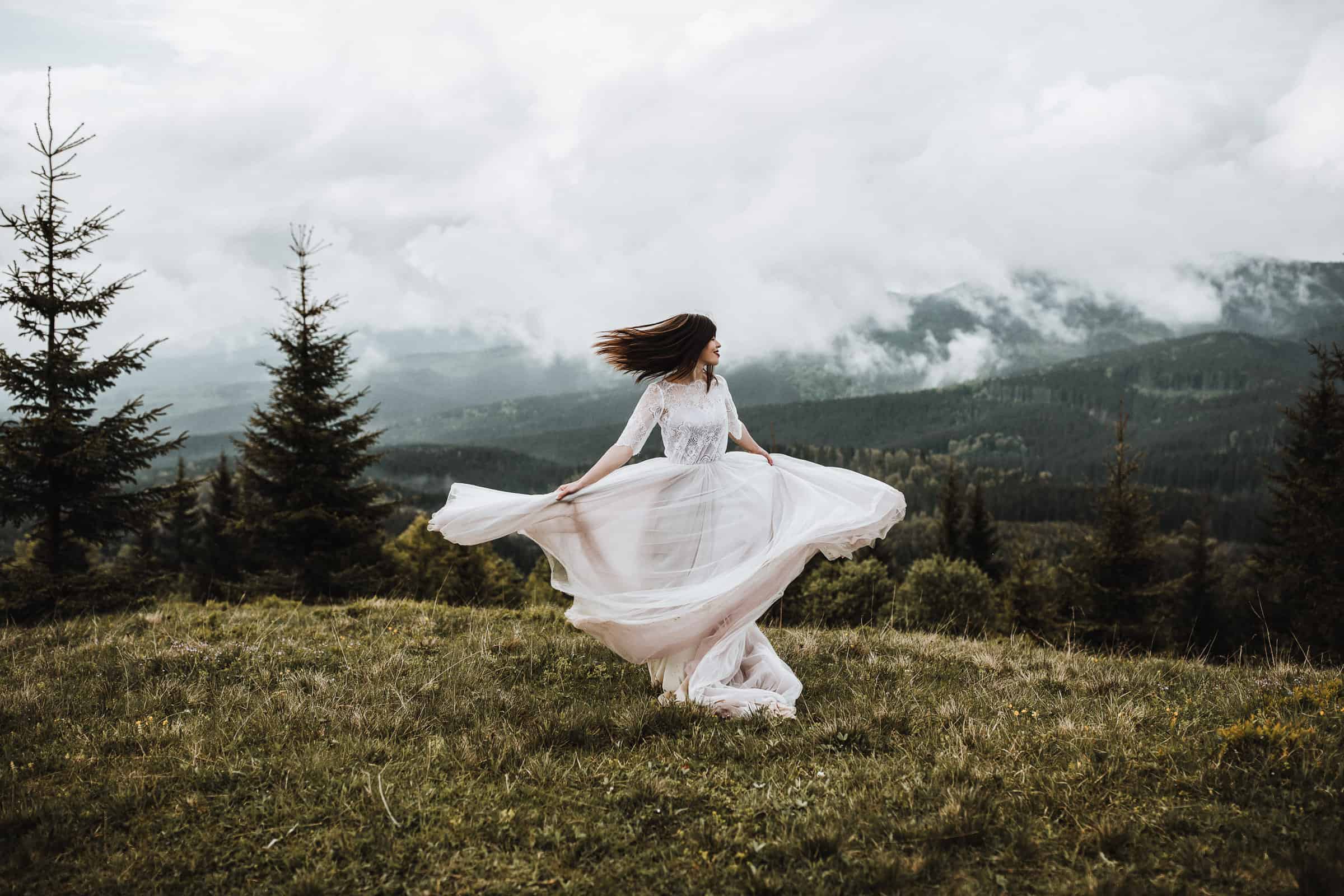 THE BEST PLACES TO ELOPE IN EUROPE

HOW MUCH DOES IT COST TO ELOPE?

See You On IG: @delorenzowedding
IT’S A WRAP!! closing this crazy wedding season

an incredible day in the heart of the Dolomites, w

1 Minute of Bella + Ross! It has been such an ama 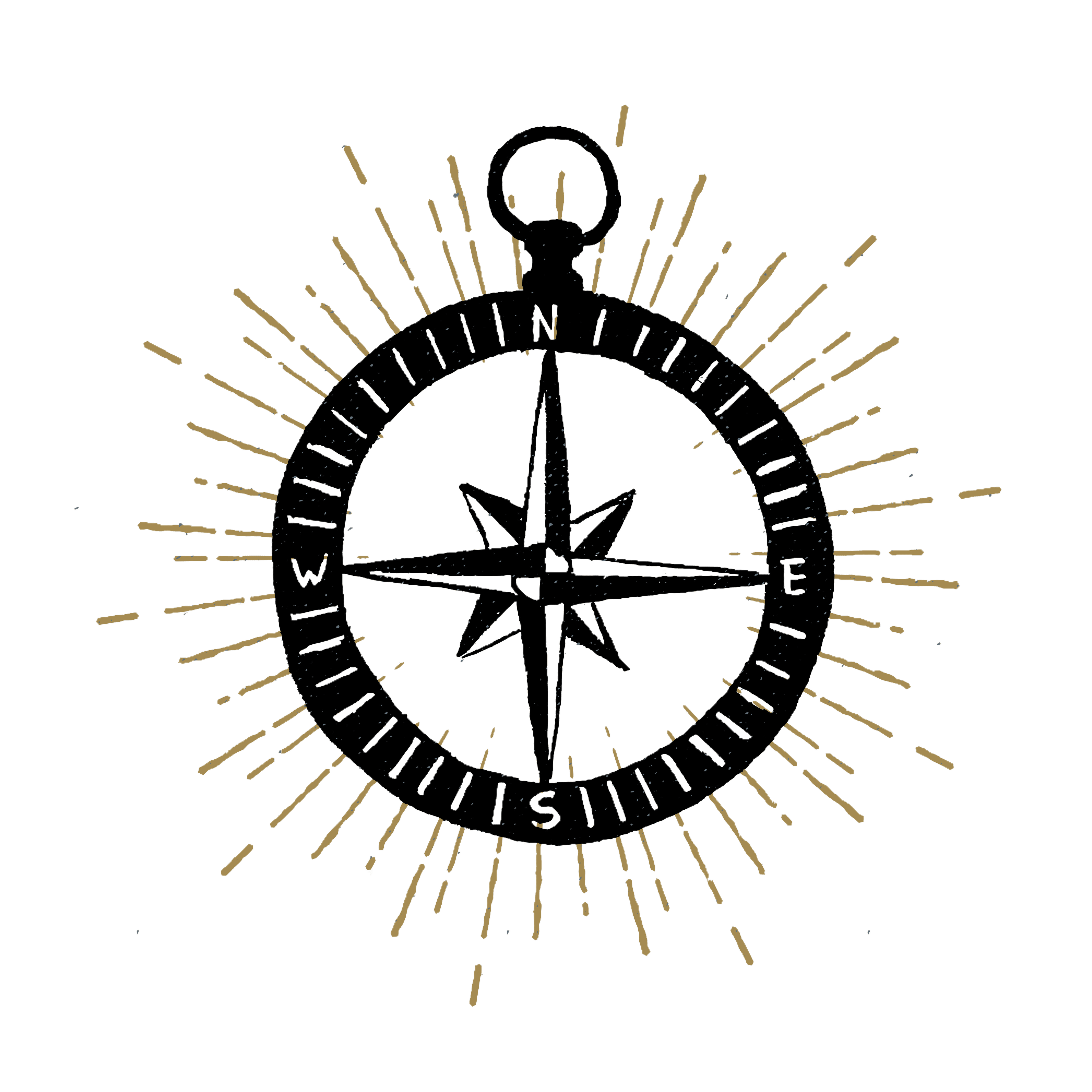